Set in the beautiful Weald of Kent, Penshurst Place & Gardens and the surrounding estate have stood on the banks of the river Medway since the 14th century, when the awe-inspiring medieval Baron’s Hall was built. The Hall, crowned by an original 60ft high chestnut beamed ceiling, is just one of many unmissable sights for visitors to the ancestral home of the Sidney family.

Surrounding the main house lies 11 acres of individual garden ‘rooms’ each featuring their own style and planting schemes to wow visitors throughout the seasons. With some of these rooms concealed by hidden corridors within the 1 mile of Yew hedging that encapsulates the gardens, you’ll have to work hard to find them all!

In the early 16th century, before the gardens were laid out as they are today, Penshurst Place and the surrounding game-rich estate were used as a hunting lodge for King Henry VIII, since then many film and tv productions have been filmed at the house to bring his ownership to life, including The Other Boleyn Girl and Wolf Hall. It is alluded that the King used the estate to court Anne Boleyn from her nearby family home of Hever Castle, before she agreed to become his second wife and met her untimely end.

The house was gifted to the Sidney Family in 1552 by King Henry VIII’s son, Edward VI and it has remained in their safe hands ever since making it one of the oldest family-owned estates in England. As such, Penshurst Place put great emphasis in welcoming families to the house and gardens, with a myriad of annual events to inspire and entertain adults and children of all ages. Welcoming visitors daily from the beginning of April until the end of October, Penshurst Place also benefits from a huge adventure playground, a woodland trail, den-making areas, toy museum, craft barn, two on-site cafes and a large Gift Shop.

For those looking to get even more out of their visit, a walk through the surrounding estate is the perfect way to loosen up after a delicious lunch in the Garden Restaurant. With a wide selection of routes to choose from, the parkland of Penshurst Place benefits from a wealth of wildlife, including grazing sheep, pheasants, ancient trees, and if you’re lucky enough to spot them– Roe Deer!

Tickets available from this attraction

Tickets include entry for up to two persons for the date shown only. Tickets cannot be used in conjunction with any other ticket, stamp, coupon, incentive or offer. Tickets cannot be redeemed for monetary equivalent. Ticket winners must bring their ticket with them to gain entry to Penshurst Place and Gardens.

Tickets include entry for up to two persons for the date shown only. Tickets cannot be used in conjunction with any other ticket, stamp, coupon, incentive or offer. Tickets cannot be redeemed for monetary equivalent. Ticket winners must bring their ticket with them to gain entry to Penshurst Place and Gardens.

You will be entered into the draw for the following tickets 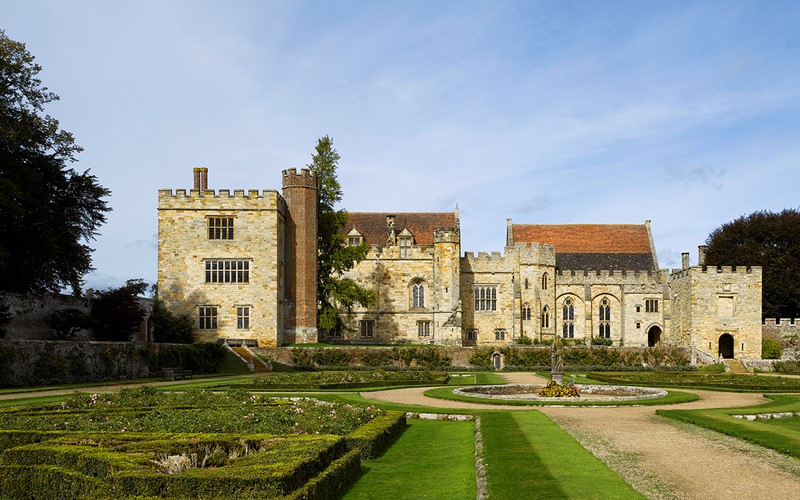