The Crab and Winkle Way

The Crab and Winkle Way takes its name from the six mile railway line which ran between the towns of Canterbury and Whitstable. Enjoy its weatherboard cottages, stroll down Squeeze Gut Alley and sample the local seafood for which the railway was nicknamed.

With an area designated as a World Heritage Site, there is a lot to see and do in Canterbury. From visiting the cathedral, St Augustine's Abbey and Canterbury museum, to exploring the city's lanes and countless historic buildings.

On the way to Whitstable, the path passes through the Blean, with its 13th century Church of St Cosmus and St Damian, and Blean Woods, a delightful RSPB nature reserve covering more than 11 square miles. The journey also takes you through the conifer-dominated woodland of Clowes Wood, one of the best places in the country to hear the remarkable song of the nightjar.

Once in Whitstable, seafood is high on the agenda and places to consider include the Whitstable Oyster Fishery Company, East Quay Shellfish Bar, Wheelers' Oyster Bar, Birdies Eating House and the Crab and Winkle restaurant.

Whitstable's vibrant contemporary arts scene has led to the growth of colourful craft shops in the town. The Whitstable Museum and Gallery has permanent and touring exhibitions, many reflecting the town's seafaring traditions. 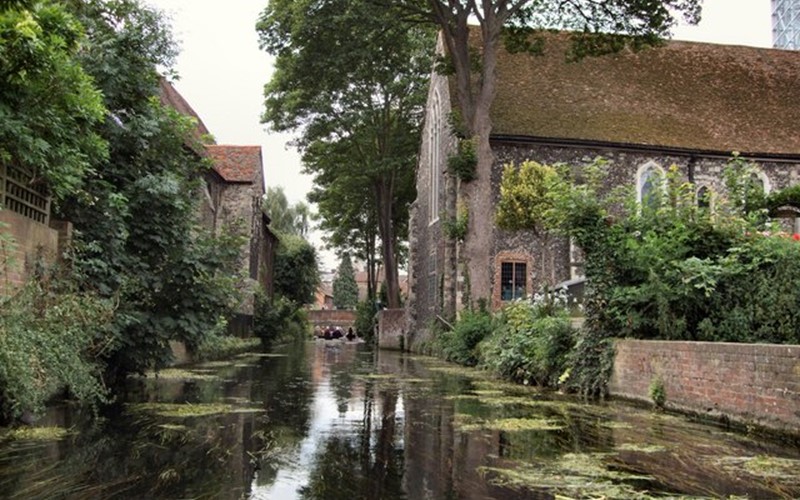